Since Avatar, a movie directed by James Cameron was released in 2009, the whole concept of 3D viewing and how to setup 3D projector has taken roots in the movies in a big way. 3D-ready home theater projectors entered the market late in 2008 and at that time, they were particularly designed for educational purposes only.

In 2011, the markets saw a huge shift of people choosing new HD projector as a lifestyle and some of these included projectors that could convert 2D content to 3D which was very fascinating to anyone as an audience of raw consumption of media. Hence, 3D projectors became a part of the lives of movie buffs.

What is a 3D projector ?

A projector with 3D configuration or an image projector is an optical device that projects an image or many moving images on a surface known as a projection screen. The 3D projector is used to map 3D data or content to a 2D surface such as a screen or a wall through a small, transparent lens. These 3D images have more depth to them as compared to the images from the conventional 2D projectors. 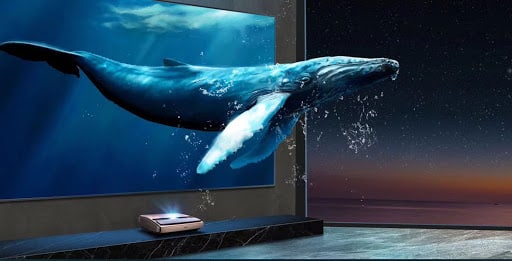 Hence, 3D projection allows the viewer to experience more depth to the content he/she is watching. This feeling of depth allows the audience to connect better and experience a simulation of what is happening in real-time.

How does a 3d projector works?

The working of a 3D projectors is very simple. Two nearly identical images are displayed on the projection screen at the same time thus creating the simulation of depth. So for you to view the screen properly, you need a pair of 3D glasses that filter polarity and allow you to see both images with each eye.

How to setup 3D projectoR QUICKLY?

If you think setup a 3D projector will have a lot of hassles and you will have to deal with wires, cables, connections, and it will take a lot of time to set it up, you are wrong.

You can follow these steps to set up your 3D projector for 3D viewing easily.

Steps to setup a projector with 3D configuration

3)Make sure to place the 3D Sync Transmitter in a place free from any obstruction. The next step is to connect the 3D source device to the projector using a High-Speed HDMI cable.

4) If you are using a 3D capable Blu-ray Disc player or enjoying your favorite games on the PlayStation 3 (PS3), you should insert a 3D movie or game title. But if you have subscribed to 3D programs through your cable or satellite provider, tune the receiver or set-top box to the station with 3D programming so that it allows your request and enables the 3D mode for viewing.

Make sure to confirm the facts about your system. Also, verify that your player does not need a software update to enjoy playing on your 3D Blu-ray Discs.

6) Finally, use the remote to turn on the projector and press the Input button to select the appropriate HDMI input.

7) After setting up the projector, the last step is to wear your 3D glasses and enjoy the movie you've been waiting to watch while sipping on a cup of hot chocolate or cold coffee. Make sure that 3D glasses are charged and turn them on by simply pressing one button present on the glasses.

Usually, the projector with 3D configuration automatically detects a 3D signal and displays it in 3D mode. If this does not happen, then select 3D and the proper 3D format (Side-by-Side or Over-Under) from your menu box.

When you select the format, the image on the screen may appear blurry or out of focus, but that's the standard way. You don't have to worry about that.

Once you put on your amazing 3D glasses and synchronize them with the transmitter, you're all set to go. Also, if a receiver is being used in the setup, the receiver must support the 3D pass-through, or the 3D image will not be transferred.

Following all that's mentioned above, you can enjoy your favorite movies, shows, games, documentaries, and whatnot.

There are many different projectors in the market today. The movie theaters that we enjoy the most use a type of projector called a movie projector, a type of video projector. Now the concept of 3D movies has also taken root in the world, and hence 3D projectors are also used in a movie theatre.

To buy the best projector with a 3D configuration for your house, you need to research. Many companies are offering a projector like Sony, Epson, BenQ, Panasonic, Dell, and the list.

Make sure you check the specifications and features of the projector before buying it. When you set up a 3D projector, make sure you follow all the steps mentioned above to get a hassle-free projector setup.

If you find this article useful, give it a thumbs up. Cheers!! 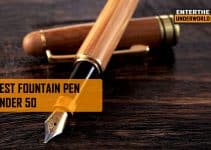 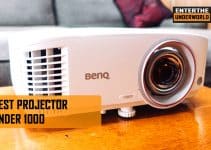 I'm Peter, a freelance writer, researcher and part of the EnterTheUnderWorld team. Writing intrigues me a lot and it is also fun. I believe that I am good at researching different varieties of products from different categories. My aim is to help people who are looking for any product under a specified budget. So you can find different articles covered under varied budgets on this website. All the products are tested and used by me so that I can write the review precisely.